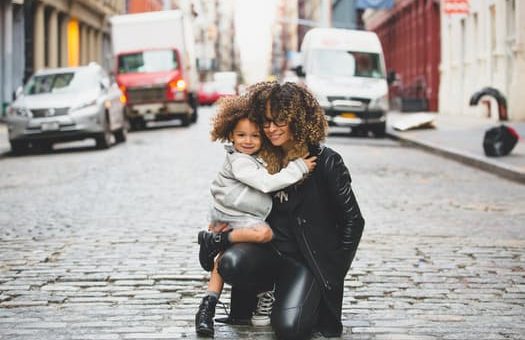 ?Oh, good for her! She must have really said ?enough is enough?.?

Then I read the article. It began?.
U.S. Rep. Rodney Frelinghuysen has a new challenger in New Jersey? a former Navy pilot, ex-federal prosecutor and a mother of four.

My next thought was ?Whoa.?
And then I realized that I, too, am a victim of unconscious bias.

Among other things that I do, I am a trainer and teach courses on Leadership Development and Team Building. One of the topics we touch on is this concept of Unconscious Bias. Now I have a real-life ? and a bit embarrassing ? example.

Here?s why this continues to shock me: I believe to my core in the power of women and work tirelessly for their empowerment. I was not so much surprised that this candidate for office had been a Navy pilot or federal prosecutor, but the initial headline about her being a mother had sent me in a different direction. I realize, now, that when someone is described to me as a ?Mom?, I unconsciously go to the image of a stay-at-home mom, devoted to her family, maybe involved in the schools and community, but choosing not to work outside the home. And I realize now that there is a very subtle judgement in my mind against that image.

Here?s the thing to remember with unconscious bias: it is unconscious and everyone has it to some extent. Often this bias is a result of culture or societal norms and beliefs. We, as humans, tend to go with the flow unless we consciously challenge what others are telling us. And by consciously challenging, it doesn?t mean rail up against them, or imply any kind of violence. It simply means to be present and mindful. It means to check out if what is being presented is true for you or not. How does that sit with you? I was shocked one day while walking down the street that I found myself feeling a little fearful when I saw a young black man wearing a hoodie was walking towards me. He was paying no attention to me, yet I realized in that instant that I held an unconscious belief about what a young black man in a hoodie meant. To test this out, I imagined him wearing chinos and a shirt?and sure enough, he was no longer scary. I?ve tried this out with women in burkas and find the same thing. And instead of berating myself, I am grateful to now be conscious and able to change my thoughts, beliefs and behaviors.

For me, this incident with the ?Mom? is also troubling because of all the many roles I have, being a Mom is the one I cherish and value the most. This unconscious bias around it reminds me just how powerful our minds are and how deeply seated beliefs can be. When I was a teenager, I was told by a doctor that I may never be able to have children. To accept this devastating pronouncement, I decided to convince myself that I didn?t really want any of it in the first place. There were even moments when I toyed with the idea of becoming a nun ? but I wasn?t Catholic, so had to abandon that idea. I wouldn?t be surprised if part of the reason I didn?t ?settle down? and get married until I was 33 was because of the strength of protecting myself from the possibility of not being a mother.

Fast forward a few more years and sure enough, getting pregnant wasn?t easy. But think about it: if I had spent nearly 20 years convincing myself that I didn?t want kids, being able to turn that around quickly to enable it to happen wasn?t happening. Thank goodness for modern medicine and a good deal of faith, and today I am a very proud mother of 3 amazing humans.

So, if I cherish this role of being a Mother, why would I trivialize it? Part of it is due to an unconscious belief on my part about the value of a stay-at-home versus working mothers. And believe me, having had both roles at various points in my life, all you have to do it hang out at a playground at the end of the school day to realize that there are a LOT of women who hold beliefs, conscious or not, on either side of that equation!

And part of the trivialization is the headline itself. It almost implies this ?cuteness? about the situation. If we were in the South, there may be a ?Bless her heart? added to it. How different would my reaction have been had it said ?Ex-Navy pilot and Federal Prosecutor to Challenge Incumbent?? And then to read that she is additionally a mother of 4? Well, I am now in awe of this woman.

We are all victims of unconscious bias. The more we can be aware, awakened and available to see it and make the necessary changes, the better we all will be.

Believe me. I?m a Mother. I know these things.