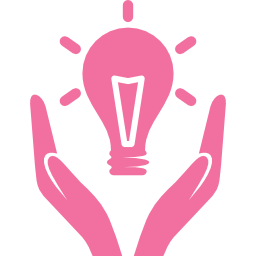 When I was a secretary at an IBM plant, I had an idea. This was back in the days of dictating machines and these new-fangled word processors. And while I was loving this new corporate adventure, I was not enthusiastic about being a secretary. My typing skills were sub-par and I HATED to file. In fact, I believe I only survived the job because I had a great attitude…and there was auto-correct on the word processors!

My idea was born out of having to actually TAKE dictation from one of the executives. Ugh. I never took shorthand, so I had to create my own and would say a prayer I could figure out what it meant when I went to type it up. This particular exec was pretty computer savvy (he was the head of the IBM chip facility…he should know a thing or two!), and I had actually taught him how to use the word processor. In those early days you had to essentially code the document, like adding html tags, in today’s lingo. He was a fast learner. So, as I was writing by hand what he was saying to me, I thought, “This is archaic. There has to be a better way.”

On a run to the copier room- the hangout place for all the secretaries, where we stood around the massive copiers, using the equivalent of a small forest of paper, to make copies of presentations, memos, etc.- I decided to go visit the father of a guy I was dating. Mr. Przekurat was an engineer in the plant and a smart guy. After a few pleasantries, I told him about my idea: What if you could speak to the machine and it would translate it and type it up for you? Sounded like an answer to my prayers. He looked at me with a grin and gave me a fatherly pat on the shoulder. And while I can’t remember his exact words, it was something like, “keep dreaming…”

Fast forward a few decades and I was selling the speech technology. Someone must have overheard me…

When my son was around 8, he had an idea for a shoe that had replaceable heels: you could determine which size heel you wanted to wear. It was a brilliant idea and I wish I had had the means to follow that through for him. And, wouldn’t you know it, just recently I have seen ads for the exact product concept on social media.

My speech translation idea was not my only one I’ve had. I had the idea for a place for women  where they could gather and work and learn….a coworking center…back in 2006. I thought a webshow where I interview Superbwomen was a good idea…a webcast…back in 2014. And I am  sure there are others.

Here’s the point. You may not be the one to bring an idea to market. But you may be the one to put the idea energy out there, which inspires the next person, and the next, until it finally happens. And then again, you MAY be the one to see it through. But above all else, don’t stop imagining. Whether it is a product, a concept, or a vision for humanity…it has to start somewhere. BE that person. The world needs your brilliance – shine on!