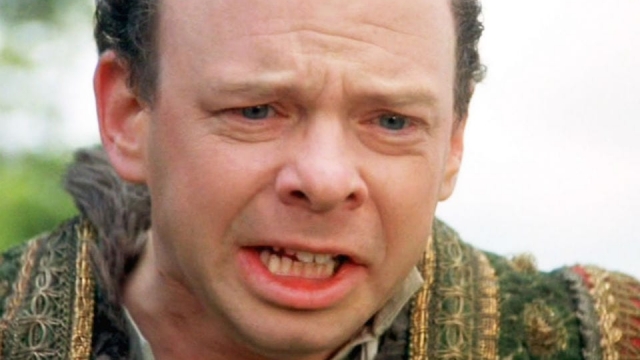 One of my favorite movies is “The Princess Bride”. In case you are one of the rare people who have never seen it, it’s a fairy tale, of sorts, about a farm boy who loves a girl, becomes a pirate, and goes on quest through many lands to win her back, dying a little along the way. And, as he is chasing the people who have taken her, the leader of the group taking her to the evil Prince is shocked to see him overcoming obstacles and keeps saying “Inconceivable!” To which his accomplice, Inigo Montoya (who is out to avenge his father’s death), replies “You keep using that word. I do not think it means what you think it means.” OK, you have to go watch it now.

But there are several instances of where the word “inconceivable” could rightly be used. One is the story of Misty Copeland, an African American girl who was living in a motel room with her 5 siblings and who didn’t start ballet lessons until she was 13 years old, and went on to become the first African American principal with the American Ballet Theatre. And another one who beat the odds, is playing in her last tournament as I type this: Serena Williams. A viewing of the movie “King Richard” convinced me that indeed Serena is another one whose story is “inconceivable”.

So why is it that some people have odds stacked against them and yet succeed beyond expectations? Surely it begins with talent. But the world is full of talented people who never make it. Perseverance comes into play, as does determination. But I believe underneath it all is the unshakeable belief in yourself that makes all the difference. Which brought to mind a question:

Do you know your value? Would you believe it if someone told you?

I was reflecting on a time in my past where I had the opportunity to take a senior leadership position in a company where I was then a lower level director. The CEO was encouraging me to accept the role and I was graciously declining. Why would I do that? It wasn’t that I didn’t have the grit and determination to make it work. Nor that I lacked the skills. It was that I didn’t believe in myself. It was that I could not see myself in that role. I, like so many women, felt that because I didn’t have all of the skills and experience I needed going into that role, I should wait until I had “earned” it. This is statistic born out in an internal study at H-P, where they found that Men apply for a job when they meet only 60% of the qualifications, but women apply only if they meet 100% of them. Fortunately for me, my CEO was a persistent guy and convinced me to take a chance, something for which I am forever indebted to him. It was a huge lesson for me and one I have relied on time and again when faced with new opportunities.

I think the question above bears repeating: Do you know your own value? Whether it be on the job front, or just life in general. Can you truly see your assets? Can you take it all in?

And while I am not blessed with the gifts of Misty or Serena, I share their belief in possibilities. Instead of focusing on the inconceivable, shift to the mindset of “why not?” With a dream, some determination, and a belief in yourself, your fairy tales could also come true!